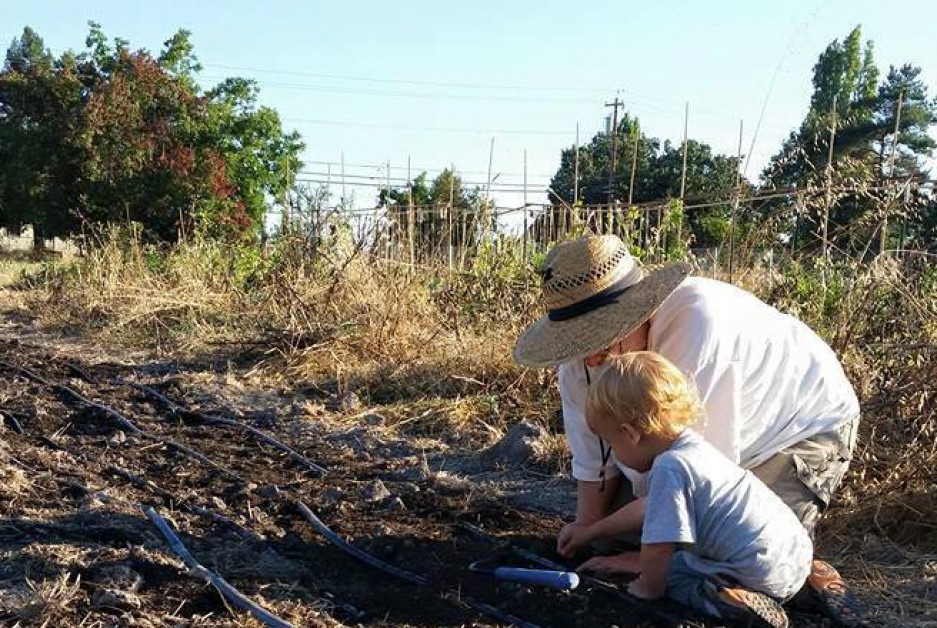 Ugh, what did I even get done this weekend? We went to 2 birthday parties!

I picked over a gallon of strawberries the last 2 nights (brought one half-gallon to a birthday party next door! What’s weird is that they didn’t put them out on the table for ppl to eat. What else? I keep pulling weeds in the 5th pumpkin bed to try to get some light on those plants, but if I had the time I probably should just pull them out and prep the bed for a cover crop and strawberries.

I did a bunch of weeding and pulling old leaves out of the peppers and tomatoes, and I put some extra oyster shell lime under the neediest-looking plants (until I ran out of what I had brought to the garden).

I planted some Tashkent (?) Marigolds tonight to see if they will grow this late. I have really awful luck with small seeds and it’s probably too late. I guess these are the variety ppl like for Day of the Dead.

My compost looks like ashes and straw, for the most part. I’ve turned it 4 times in 11 days, but I didn’t turn it soon enough after I started it so I think it got too hot too fast. It’s just warm now.

We’re still getting some broccoli – even some 2-inch side shoots from the big plants! I need to pull all of those and most of the kales and somehow chop them up and compost them. Maybe at the rate of a few plants per day.

We are getting (squash and?) cucumber beetle damage on the cucumbers. The Armenian cukes grow too fast and I can’t harvest them b4 they turn into baseball bats. The yellow crookneck squash has started to bear. The first peas have emerged. I wish I had planted the rest of the row – I was going to do shelling peas, which take longer to mature than snap peas. Hm.